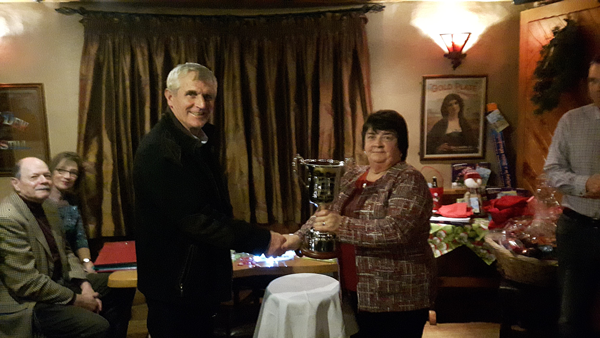 Club members at the Beaufort Beekeepers' Association have honoured Kilgobnet's Dan O'Sullivan by making him the association's first Honorary President.
Mr O'Sullivan received the John Foley Memorial Cup, named in honour of a member who passed away earlier this year following a short illness.

He was known worldwide and won world titles for the quality of his honey. The trophy was presented to Mr O'Sullivan for his diligence when it comes to attending club meetings and for his willingness to impart his 40 years' knowledge of beekeeping to fellow members.

With such a prestigious title and trophy up for grabs in the club's regular meeting spot, the Beaufort Bar and Restaurant, last Thursday, it was the members' unanimous view that Mr O'Sullivan should become the first recipient of both honours. 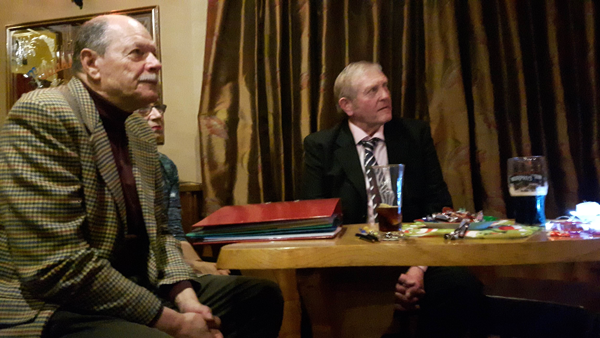 "He has a vast knowledge of his craft," Secretary Denis O'Sullivan explained to The Kerryman.

"His willingness to share his experience in such a humble and honest way is refreshing to witness. Members are silenced and often in awe of Dan's explanation of bee behavior."

Among the examples of Mr O'Sullivan's devotion to the club was providing a colony he had reared free to the club, Denis explained, and this colony was then raffled to the club's beginner members. He has also demonstrated how to handle bees in a hive, a demonstration Denis O'Sullivan described as "poetry in motion". 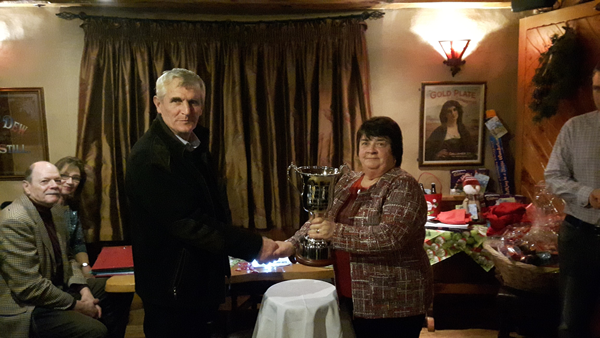 "Here Dan is at his most comfortable, and using only his bare, unprotected hands, he methodically goes through the hive with possibly up to a population of 60,000 bees," Denis explained.

As is often the case with the December meeting of the club, a Christmas party took place and the meeting was cut short for this. But while a festive atmosphere ensued, there was also a sense of poignancy given the passing of the experienced and much-admired Mr Foley, a native of Waterville. 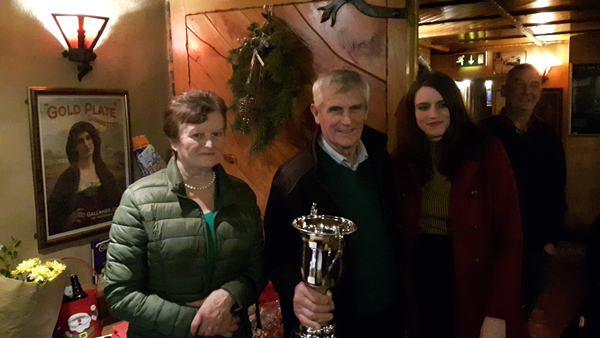 On the night, it was John's wife, Breda, who presented the new trophy to Dan O'Sullivan, and Denis O'Sullivan said all the club members were delighted at that aspect of the night.

The club's meetings take place in the Beaufort Bar and Restaurant on the first Thursday of every month, and Denis said anyone interested in taking part can get in contact with him at (087) 238 2665 and join a club that today boasts 50 members 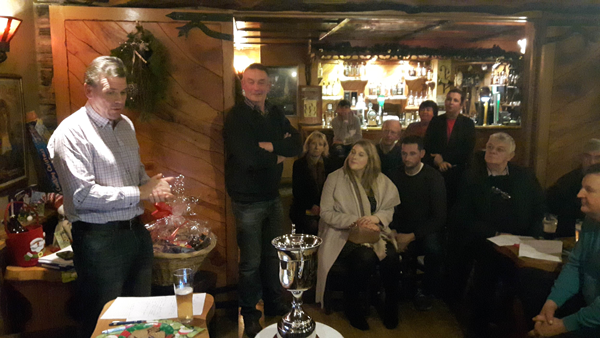